The MAISON&OBJET spirit in Singapore

The MAISON&OBJET ASIA show recreates the unique, creative and sophisticated atmosphere of its Parisian model in Singapore once a year.

The choice of Singapore

Singapore is ranked as one of the world’s ten most fashionable destinations, Singapore is a business platform centrally located in the ASEAN free-trade area, which encompasses 600 million inhabitants and has seen an uninterrupted and annual growth of 5.5% since 2003.

A carefully selected group of 150 exhibitors representing the different products and decoration concepts found at MAISON&OBJET PARIS will come together to embody a high quality event and attract an audience of top-notch specifiers and distributors.

The success of MAISON&OBJET can be traced to a concept which, since first implemented 18 years ago, draws an ever-increasing number of international visitors and exhibitors to a single event. (85 000 visitors and 3 000 exhibitors twice a year).

Since 1995, MAISON&OBJET is passionately committed.

March 2014 at the Marina Bay Sands Expo and Convention Centre. It will bring with it the

very same spirit of creativity and sophistication that characterises its Parisian event. The

event in Singapore will be its first foray into Asia. With over 180 exhibitors, MAISON&OBJET

ASIA will present the best in interior design product ranges and concepts. This careful

selection of exhibitors places an exciting emphasis on regional design offerings. The list of

confirmed exhibitors is attached in Annex A. 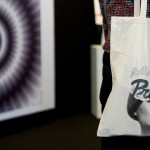 nurture an Asian visitor base to the salon. With a strong representation of leading Asian

companies to be expected at the show, MAISON&OBJET ASIA also aims to attract European

visitors in search of new design influences and ideas to Singapore come March next year.

collaborative projects from around the region. MAISON&OBJET ASIA in Singapore is the new

destination to see and experience the latest design trends emerging from the region,” says Mr

DESIGNER OF THE YEAR MAISON&OBJET ASIA 2014

In line with its practice in Paris, MAISON&OBJET ASIA will also be presenting its DESIGNER

OF THE YEAR at its Asian edition in Singapore. The DESIGNER OF THE YEAR

made a strong impression in their field of design. The DESIGNER OF THE YEAR

Singapore and will play the role of ambassador for MAISON&OBJET ASIA.

Via S. Stefano in Pane